This Is The Time - Kit for Parish/Personal

The Revolution of Tenderness

March 17, 2014
I (Anne) have been to three conferences so far this year and I’m on a plane as I write this, going to another one (more about that in a later post). I know, I need to get a life! At each of those conferences I have been astounded by the number of times Pope Francis has been quoted. 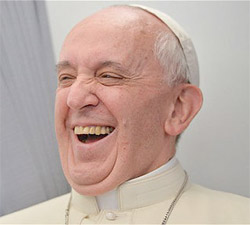 I have never heard a pope quoted so often, in so many contexts by so many different people. Almost every speaker refers to him in their keynotes and/or workshops. It doesn’t seem to matter if they are seen to be in the ‘conservative’ or ‘progressive’ camp, they find a common ground in our precious pope. In particular it is his recently released Apostolic Exhortation, The Joy of The Gospel, that has caught their imaginations – and mine too. You might have heard it referred to by its Latin title, Evangelii Gaudium. Perhaps, like me, you’ve wondered what an Apostolic Exhortation is. Not everything written or said by a pope is equally weighted. An Apostolic Exhortation is more important than a homily or audience but it isn’t a legislative document. That means it doesn’t create any new Church laws or doctrines. It offers a pastoral message on how we might best live out our faith.
One phrase has especially excited me. Pope Francis refers to a ‘revolution of tenderness’ and asks us to be a part of it. Now, that sounds like a revolution I’d like to join but I better be clear about what I’m getting into. The Merriam-Webster online dictionary defines tenderness as “sympathetic concern for the well-being of others.” Well, that doesn’t sound too bad. I think I can do that. Other sources use words like compassion, mercy, gentleness and affection.
So, how would I go practising tenderness when I’m stuck in traffic? That will be a challenge, I can tell you! What about when the kids won’t eat the meal I cooked for them? Or when my class just won’t stop talking; or my work colleague is complaining AGAIN about anything and everything; or my mother is still telling me what to do even though I left home 30-something years ago. How tender am I then?
But, what does the alternative look like? If we don’t bring tenderness into those places and relationships what does that look like? How does it feel?  We surely wouldn’t be living the joy of the gospel.
Reflecting on Francis’ words has caused me to wonder if this may be an ideal Lenten practice. So that’s what I’m going to try to do for the 40 days (and beyond, I hope). When I feel the bubbling of frustration or anger, I’m going to try to flick the switch to tenderness. I’m sure there will be a few people who will be very glad I’ve joined Pope Francis’ revolution of tenderness!
You can read the whole document here:
http://www.vatican.va/holy_father/francesco/apost_exhortations/documents/papa-francesco_esortazione-ap_20131124_evangelii-gaudium_en.html